Heroes Of The Nation
www.htn.org

HTN is not your typical orphanage! Our self-sufficient model and approach to orphanage care is truly unique in its vision and scope. 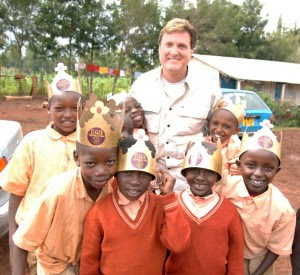 Andrew Sievright has shown entrepreneurship and vision from a young age. His father, a successful businessman (who also wrote symphonies, training Andrew in music), mentored Andrew in principles of management and operation. When Andrew was eighteen, he started and oversaw several businesses. One such business grew into a thriving communications company with 40 employees. After seeing success and growth in the business realm, Andrew turned his attention to international development and aid. Andrew joined Youth with a Mission (YWAM), one of the world’s largest relief and mercy organizations where he worked for 5 years donating his time in the role of ‘base director’.

Andrew oversaw one of the largest YWAM bases in North America with 110 staff. He applied years of business experience to the base’s training center and ten schools, (composed of twenty-six departments). The schools taught skills such as desktop publishing and printing for third-world countries, writing, journalism and music. These schools became the training ground for students who would later be dispatched to 250 locations across the world.

Andrew’s base sent out many international aid teams to developing nations. When Andrew heard of the orphanages that the teams visited, he knew that, given the opportunity, he would one day build an orphanage based on a self-sufficient business model. The orphanage would empower orphans to be leaders through excellent education and leadership training. The campus would be financially self-sustainable through local business ventures. The vision for ‘Heroes of the Nation’ was birthed.

After five years of working with YWAM, in 1999 Andrew invested into a home in California and started also started an internet search engine business. He devoted time, money and energy into remodeling the house and developing his search engine. He decided to sell the house and give the ‘lion share’ of the profits to start the orphanage-school Heroes of the Nation in Kenya. Andrew was able to donate several hundred thousand dollars to start the orphanage from the sale, and founded Heroes of the Nation the following year. He began the process of buying land, hiring staff (now at 60) and beginning construction. He mentored Dr. Weston and Violet Gitonga in the leadership of the HTN campus. They would carry his vision to create a campus that would equip and empower future leaders for Africa.

The Heroes of the Nation campus has grown to be the largest orphanage in Kenya, educating and caring for over 500 children. Government officials have applauded the successful model of HTN, recognizing its impact on orphans and in the local community. Andrew continues to offer insight into the growth and development of an orphanage prototype that is truly revolutionary in its scope.

His internet business started in 1999 began thriving and he opened offices in Newport Beach, CA. and in Romania. His company (a staff of 25) was supporting as much as 100 million searches a month, which at the time was quite successful, and brought in millions of dollars in profits.

Andrew has downsized his business in order to follow his humanitarian pursuits and spends most of his time trying to find solutions to humanities most pressing needs. On a daily basis he studies trends, latest technologies and how to apply some of these new breakthroughs into solutions for the poor of the world. The STTR, is in it’s development stages as an organization with plans to provide a data base of the latest solutions from think tanks the world over. The STTR will be used by collaborators of these technologies who want to work together for altruist purposes to provide long lasting solutions for mankind’s pressing needs of today. Besides being a humanitarian and technologist, Andrew is a published songwriter and continues to write songs. 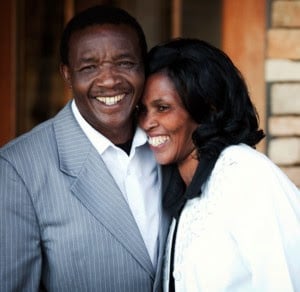 Violet Gitonga is the African Director of Heroes of the Nation. She and her late husband, Weston Gitonga, were born into disadvantaged families in Kenya. They met at a teachers’ training college and were married in 1984. Both Weston and Violet started their careers in education: Weston taught high school and Violet became a school administrator.

Weston continued his education in Theological Studies, and also received an Honorary Doctorate. In 1997, with the help of well-known author, Harold Eberle, Weston established Leadership Training Colleges to train native pastors to reach their communities. Colleges were established in Kenya, Rwanda, Tanzania, Uganda, Zanzibar and the Congo. Weston is respected throughout many African nations as a man of integrity, compassion, leadership and vision.

In 1997, Violet served as head administrator of an elementary school of 1,000 students when she became burdened with the growing number of AIDS orphans in her country. Violet began to carefully consider how she could provide a home and education for abandoned children. In 2000, a few members of their close community died of HIV/AIDS related illness, leaving 7 orphaned children with no surviving family to care for them. Violet applied for a loan through her school’s credit union in order to build classrooms and dormitories for the children.

Over the years, two visions emerged in their Weston and Violet’s journey together – developing orphanages for abandoned children and establishing Leadership Training Colleges.

In 2002, at the invitation of Harold Eberle, Andrew Sievright went to Africa to interview potential directors for Heroes of the Nation – a new concept orphanage and school that he had planned. When Andrew met Weston and Violet, he knew he had found the perfect leaders for HTN in Africa. So began a heartfelt partnership to develop and operate orphanages and schools throughout Africa. With Violet’s substantial administrative experience and Weston’s leadership abilities, they made a “Dream Team” as African Directors of Heroes of the Nation. In 2012, due to health issues, Weston stepped down from his active duty at Heroes of the Nation to take an advisory role instead. Violet continues to grow and enhance the programs and experiences offered to the children.

Heroes of the Nation is Kenya’s largest orphanage, located about 2 hours north of Nairobi. Our campus houses and educates 472 children. Our passion is to rescue abandoned, orphaned and vulnerable children in order to save them from a life on the streets. We teach these children that they are more than orphans and that past experiences do not determine their future. These children are taught that they can become the future “Heroes” for the nation, the next generation of leaders that will invest in their nation to make it a better place.